A lot has happened during the month of June!

The most exciting news is a talented game developer who goes by the nick e-dog (http://ranmantaru.com/) has begun work on a Python interface to Sproxel.  This has the potential to be extremely cool, since a variety of functionality could be quickly prototyped and distributed.  Think custom file importers and exporters, custom voxel generation (terrain), and even custom UI widgets!  I would not have had the chops to do something like this on my own, so e-dog's help is very much appreciated!  Look for the Python interface in an upcoming version of Sproxel.

A couple of artists have expressed interest in using the project for media other than video games.  One of them, Metin, over at http://www.sevensheaven.nl/ has suggested literally dozens of new features to improve Sproxel.  He has also contributed a few images to be used in the promotion of Sproxel.  These are much appreciated, as I've found I'm really no good at creating voxel models of my own.  Check out his webpage for some great voxel-based illustrations!

In other news, thirty people have downloaded contributor's Ryan Mast's OSX build of Sproxel.   His contribution was a total surprise, and I'm glad people are using his work.  Sproxel is now in the top 5 google results when searching for voxel model editor.  And I'm heading back to Wisconsin for a much-needed vacation with the family. 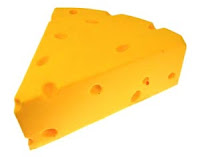 Enjoy the summer, northern hemisphere'ers!
Posted by Andrew at 9:58 AM